Statements from European and other Health, Water, & Environment
Authorities on Water Fluoridation

'This water treatment has never been of use in Belgium and will never be (we hope so) into the future. The main reason for that is the fundamental position of the drinking water sector that it is not its task to deliver medicinal treatment to people. This is the sole responsibility of health services." (Chr. Legros, Directeur, Belgaqua, Brussels, Belgium, February 28, 2000).

Fluoridation is banned: "not allowed" Naturally high fluoride levels in water are a serious problem in China. "Bartram said there were many other 'silent threats,' including excessive fluoride in the water supply in China, India and the Rift Valley in Africa. In China alone, 30 million people suffer crippling skeletal fluorosis." (Jamie Bartram, Coordinator of the WHO's Water, Sanitation and Health Program, March 22, 2002)

In China, the World Health Organization has estimated that 2.7 million people have the crippling form of skeletal fluorosis.

"Since 1993, drinking water has not been treated with fluoride in public water supplies throughout the Czech Republic. Although fluoridation of drinking water has not actually been proscribed it is not under consideration because this form of supplementation is considered: (Dr. B. Havlik, Ministerstvo Zdravotnictvi Ceske Republiky, October 14, 1999).

"We are pleased to inform you that according to the Danish Ministry of Environment and Energy, toxic fluorides have never been added to the public water supplies. Consequently, no Danish city has ever been fluoridated." (Klaus Werner, Royal Danish Embassy, Washington DC, December 22, 1999).

"We do not favor or recommend fluoridation of drinking water. There are better ways of providing the fluoride our teeth need." (Paavo Poteri, Acting Managing Director, Helsinki Water, Finland, February 7, 2000).

"Artificial fluoridation of drinking water supplies has been practiced in Finland only in one town, Kuopio, situated in eastern Finland and with a population of about 80,000 people (1.6% of the Finnish population).

Fluoridation started in 1959 and finished in 1992 as a result of the resistance of local population. The most usual grounds for the resistance presented in this context were an individuals right to drinking water without additional chemicals used for the medication of limited population groups. A concept of "force-feeding" was also mentioned. Drinking water fluoridation is not prohibited in Finland but no municipalities have turned out to be willing to practice it. Water suppliers, naturally, have always been against dosing of fluoride chemicals into water." (Leena Hiisvirta, M.Sc., Chief Engineer, Ministry of Social Affairs and Health, Finland, January 12, 1996.) 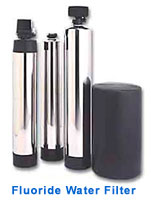 "Fluoride chemicals are not included in the list [of 'chemicals for drinking water treatment']. This is due to ethical as well as medical considerations." (Louis Sanchez, Directeur de la Protection de lEnvironment, August 25, 2000).

Stopped fluoridating for technical reasons in the 1960s. However, despite technological advances, Hungary has chosen to remain unfluoridated.

Recently suspended mandatory fluoridation until the issue is reexamined from all aspects: medical, environmental, ethical and legal. "From our experience in Israel and the world when the fluoride issue is studied from all aspects it is rejected." (Representative Shimon Tsuk, Israeli Parliament).

June 21, 2006: The labor, welfare and health Knesset (Israeli Parliament) committee called on the ministry of health to freeze the extension of the fluoridation of drinking water in Israel and to study the issue in depth in order to determine whether to continue with the project or to cancel it completely.

Conclusions are to be expected within a year. Until then, municipalities and Mekorot (Israel national water company) are not required to build new fluoride installations. Committee Chairman MK (Member of Knesset) Moshe Sharoni and MKs Ran Cohen and David Tal claimed during the investigation that the potential damage to public health and environment from fluoridation may be greater than the benefits from decreased dental cavities.

Rejected fluoridation: "...may cause health problems...." The 0.8 -1.5 mg regulated level is for calciumfluoride, not the hazardous waste by-product which is added with artificial fluoridation.

"Fluoride has never been added to the public water supplies in Luxembourg. In our views, the drinking water isn't the suitable way for medicinal treatment and that people needing an addition of fluoride can decide by their own to use the most appropriate way, like the intake of fluoride tablets, to cover their [daily] needs." (Jean-Marie RIES, Head, Water Department, Administration De L'Environment, May 3, 2000).

"From the end of the 1960s until the beginning of the 1970s drinking water in various places in the Netherlands was fluoridated to prevent caries. However, in its judgement of 22 June 1973 in case No. 10683 (Budding and co. versus the City of Amsterdam) the Supreme Court (Hoge Road) ruled there was no legal basis for fluoridation. After that judgement, amendment to the Water Supply Act was prepared to provide a legal basis for fluoridation. During the process it became clear that there was not enough support from Parlement [sic] for this amendment and the proposal was withdrawn." (Wilfred Reinhold, Legal Advisor, Directorate Drinking Water, Netherlands, January 15, 2000).

"The water supply in Northern Ireland has never been artificially fluoridated except in 2 small localities where fluoride was added to the water for about 30 years up to last year. Fluoridation ceased at these locations for operational reasons. At this time, there are no plans to commence fluoridation of water supplies in Northern Ireland." (C.J. Grimes, Department for Regional Development, Belfast, November 6, 2000).

"In Norway we had a rather intense discussion on this subject some 20 years ago, and the conclusion was that drinking water should not be fluoridated." (Truls Krogh & Toril Hofshagen, Folkehelsa Statens institutt for folkeheise (National Institute of Public Health) Oslo, Norway, March 1, 2000).

In November 2004, after months of consultation, Scotland - which had been unfluoridated - rejected plans to add fluoride to the nation's water.

"Drinking water fluoridation is not allowed in Sweden...New scientific documentation or changes in dental health situation that could alter the conclusions of the Commission have not been shown." (Gunnar Guzikowski, Chief Government Inspector, Livsmedels Verket -- National Food Administration Drinking Water Division, Sweden, February 28, 2000).

Be sure to check out our Pure Water King 5600 Fluoride Water Filter for your entire house.

We sell all items on credit!    0% Interest on Miele and Sebo Vacuums